You dont have javascript enabled! Please enable it!
Skip to content

Since 1937, over 20 million copies of Think & Grow Rich have been sold, and it’s the #1 book most millionaires credit with their success.

So why isn’t it working for you yet?

I’ve got the secret for you right on this page – it’s kind of long, but isn’t having that powerful secret worth a few minutes of your time?

My name is Bob Proctor, star of The Secret and Think & Grow Rich movies, and the world’s foremost expert on success and the human mind.

Trying my very best – and coming up short.

Back then, I felt that life was pretty tough.

Never seemed to be enough time to do all the things I wanted to do.

And I just couldn’t get ahead in my career at all.

For a while, I thought I’d just have to settle for being ordinary.

With the nagging feeling that something was missing.

But I couldn’t put my finger on it.

It just sat there, deep inside.

Always faintly aware of the issue, but too busy living a ‘normal life’ to do anything about it.

And nothing was ever the same again.

The trouble with other self help books & courses is they try to force you into a model that doesn’t work for you.

They paint a picture so vivid your soul yearns for it. But it’s often just another illusion designed to lure you into their world.

I have walked a mile in your shoes. I understand what its like to try everything yet achieve nothing. So I know exactly how sceptically you must be viewing this information.

It’s not your fault. Over the months and years of studying the gurus, of trying to emulate their success of following their advice, of investing in their information, barely a word of truth has emerged from their mouths. They want to tell you what to do, not how to do it.

They lure you into their traps.

Just as you can see the sun rise, you can see their illusions of success. You can hear their voices singing out to you. You can smell the sweet roses that lay at their feet. They draw you to them like moths to a flame.

But it’s all one big venus flytrap.

You’re at the edge, and they just want to give you one more push to send you over. But it doesn’t have to be this way.

It can be better.

Where there’s now a blank canvas, you will see a beautiful painting. Where there is silence, now you can hear a symphony.

This is what it’s like to truly understand the magical power of Think & Grow Rich.

And if your way’s not working, how about trying my way?

You don’t need to do this the hard way. Because I’ve already trodden the path.

I’ve paved the way for you to start attracting into your life everything you ever wanted.

So if you feel stuck, like nothing’s working for you – take heart.

I have the shortcut to success right here…

Every single one of the successful people Napoleon Hill spoke with was an action-taker.

And every single successful person I know in today’s world is an action-taker.

I am an action-taker.

But not just any action… I’m talking about MASSIVE ACTION.

Don’t just take a small step towards your goals… CHARGE with all your might and do what it takes to achieve them.

That’s how winning is done.

When you enroll in Living The Legacy:

You’ll suddenly gain the ability to create synchronicities that almost magically line up perfect situations – so it seems like the universe has your back, and bad luck becomes a thing of the past

You’ll see the distillation of my 57 years of continuous study & implementation of the secrets of Think & Grow Rich – into short, easy-to-digest chunks you can use every day.
In fact – this is far greater than my own research – Napoleon Hill invested years with the world’s most successful people, picked their brains and became close friends with them. He discovered what made them successful, put it all in the book, and I’m expanding on that vast well of success in Living The Legacy
Dive deep into each of the 13 principles of Think & Grow Rich like no other resource has ever done before. Many people have just read the book and made millions – think how easy it will be when you have 10x the insight into each chapter
It’s your ‘GPS for success’ – simply pick whichever area you want to work on, go to that module video, and your answer will be there
Revealed: The simple trick Andrew Carnegie taught Napoleon Hill on that fateful night… a trick that enabled Hill to by far surpass his achievements and it can create astounding success in your life too, once you start practicing it

Here’s PROOF: I used that simple trick to go from absolutely nothing to having a company with offices around the world, all through the power of the mind, and of the belief this trick, an easy thing anybody can do, installed in me
You’ll finally begin to create your own reality… and not only that, but for the first time you’ll be in full conscious control of the process, and you’ll call the shots as to exactly what you manifest in your life
And best of all you’ll finally be Master Of Your Domain. Captain of your own ship. Living a life that’s deliberately chosen based on what you want, rather than drifting aimlessly or caught up drama and scarcity. You will be unleashed upon the world 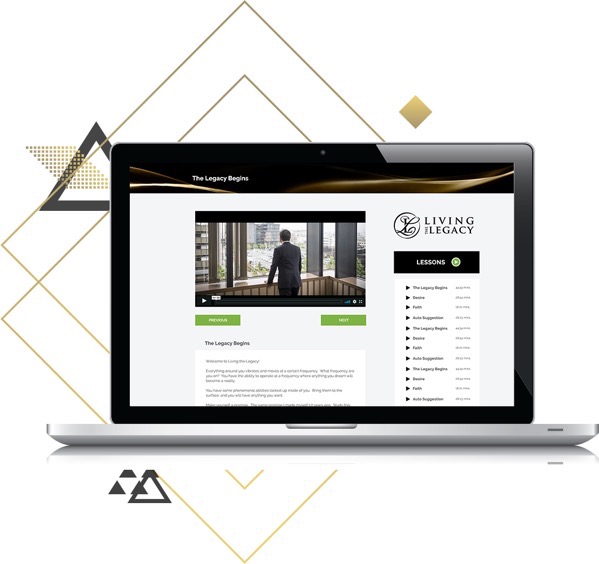 Thanks for submitting your Review!
You must be logged in to send a review.
Why Join?
LEARN NOW
Latest IM Courses